Seventeen years ago today, I was supposed to marry a wonderful man at a beautiful beach resort in Ixtapa, Mexico. Friends and family were flying in from all over the U.S. and Mexico. Then three weeks before the big day, we called it off. Technically, I guess I called it off.

My ex-fiancé was, and still is, a wonderful man – kind, handsome, a great dancer and amazing chef. But after six years together, I was forced to accept that he wasn’t the right man for me. We looked at the world very differently, and I needed something more. I also loved him enough to let him go, and hopefully find someone who loved him exactly the way he was.

The day he left, I drove him to the airport to say goodbye. We both cried, and as I hugged him and walked away, I felt sad – but also lighter. I was sure that I’d done the right thing, as hard as it was to do. And I was excited to move on and meet the right man, having no doubt that it was only a matter of time…

Never in my wildest dreams did I ever think that 17 years later I’d still be single. I also never thought I’d be a lot of wonderful things that I am today. So much that I love about my life is the direct result of being forced to try something else when the path I was on suddenly got detoured.

One of the best things I’ve discovered from my detours, is my purpose as a writer.

For years I had wanted to share my thoughts and insights about life with an audience, but I never had the courage to try. I didn’t think anyone would really want to read what I had to say. Only when I was encouraged by my Havas co-workers on a Clearasil shoot in Cape Town a few years ago, did I finally consider putting my well-researched thoughts on paper.

One night over several fantastic bottles of South African wine, we got on the topic of dating in New York. Which I was an accidental expert at.

“You HAVE to write about this,” my producer, Eric, urged me. “It’s so true, and no one is talking about it.”

“Yeah, do it Susan!” said Jana, my partner. Our director and executive producer also chimed in.  And somehow their collective encouragement gave me the validation I needed to believe that what I had to say mattered.

What I didn’t expect was how many people would be touched by what I wrote. That my words would help others express what they had felt, but were unable to say themselves.

My first published piece in Huffington Post, “Are We Giving Our Power Away?” was shockingly successful. Both men and women wrote me to tell me how much they could relate. I got my first fan letter from an Iraq vet, who sent me his book to read. Agents called me, wanting to rep my “book.” Which was fantastic – except I had no idea what my book should be. I’m still working on that…

The joy I felt from discovering that I had a gift that could help others, changed me. My voice became theirs, and suddenly I felt connected to people all over the world. I felt that I was making a difference. I still try to do that with everything I write.

You can’t force anything in life – especially true love. I’ve always believed that the real thing was worth waiting for. I still do. In the meantime I have learned, out of shear necessity if nothing else, that waiting gives us time – time to try new things, travel, learn a new dance, or write.

But most of all, waiting can give you time to find your true purpose in life. Which is one of the greatest gifts there is. 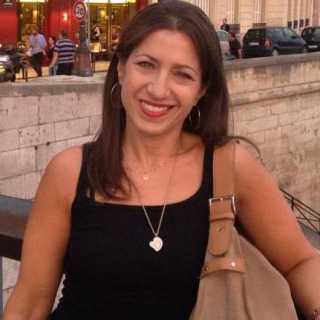